Cruz Cruppo Crulielle (クルス＝クルッポ＝クルリエール, Kurusu Kuruppo Kururiēru?) is an adept archer/hunter. Although he is twenty two years old, he is known as one of the sillier characters of the cast. He appears and can be recruited in an optional battlefield in Marduk Forest. Though in the PSP version, he's briefly seen asking Bly for advice in the optional Lenessey battlefields. He's noted by Durant to be the leader of a guerilla-style resistance against the Empire, and a former Karonan soldier.

Cruz is surprisingly blithe and happy-go-lucky for someone fighting a losing war against the Empire. It is clear he cares about his revolution, however, as he asks the Royal Liberation Army to help him take back his stolen headquarters (despite no longer having an army of his own to quarter there) and is first seen having traveled a long way to ask the tactician Bly for help. When Bly refuses him, Cruz leaves quietly, which could be taken as a lack of suitable gumption or as respect for Bly's age and talent. 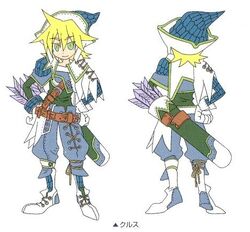 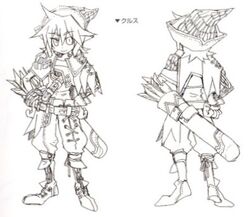 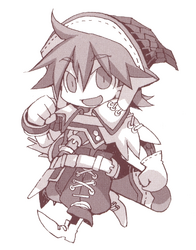 Cruz's musical theme is Cruz Sortie! and is played during Cruz's attack.

Retrieved from "https://deptheaven.fandom.com/wiki/Cruz?oldid=25921"
Community content is available under CC-BY-SA unless otherwise noted.