Sixteen years of age and originally a member of the Imperial Special Forces (assassins), Elena is introduced as a minor character—Zilva's protégée, who seems new to combat and is occasionally reluctant to do battle. She is eventually revealed to be "Black Knight" Leon's younger sister, who realized what a horrible person war had made him and joined the Imperial Army herself to first observe him—then kill him herself when she realized he couldn't change back. She eventually betrays the Imperial Army, and tries to fight Leon and Emilia on her own; she joins up with the Royal Army first temporarily (to defeat Leon), then permanently (after she has had time to bury her brother and resolve herself to her new path in life). Durant is initially very suspicious of her, and Elena despises herself for being a traitor, no matter what the circumstances are.

Elena is shown to have a strong attachment to and empathy for her former comrades, and likes items once owned by Imperial commanders; like Kylier, she's a vegetarian. Despite her roots, she feels a great loyalty for the Royal Army, who accept her as she is. 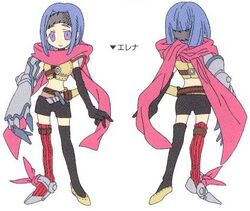 Elena in the artbook. 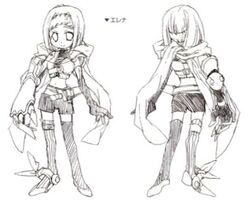 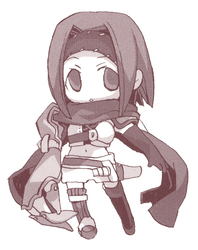 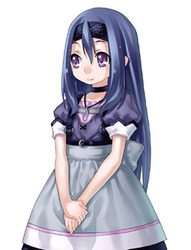 Elena in Blaze Union.
Add a photo to this gallery

Retrieved from "https://deptheaven.fandom.com/wiki/Elena?oldid=23501"
Community content is available under CC-BY-SA unless otherwise noted.