Start a Wiki
Flunky (コブン, Kobun?) is a member of Milanor's band of thieves. Flunky is one of the generic units that can be seen aiding Milanor in combat. He is playable as an individual character only in Battlefield 1, where he has the thief class, which is unique to him. he appears to be somewhat dimwitted. They can be seen in the trailer, taking part in every battle including the battle at Bronquia. He is a Junior Officer in Milanor's Band of Thieves, more like Milanor's adjutant. He's voiced by Fujiwara Katsuya in the PSP version. In the mobile version of the game, he can be used after Battlefield 1, in specific conditions. 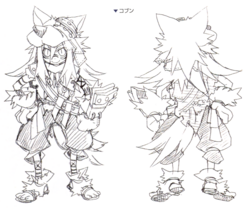 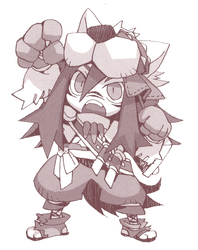 Chibi Flunky.
Add a photo to this gallery

Retrieved from "https://deptheaven.fandom.com/wiki/Flunky?oldid=29840"
Community content is available under CC-BY-SA unless otherwise noted.