Rosary Esmeralda (ロザリィ・エスメラルダ, Rozarii Esumeraruda?) is the nineteen-year-old lady of Esmeralda (or the House of the White Rose), the southwestern part of Verlaine. She is stated to be seeking the Ankhs for the sake of the power she'll obtain through them (allegedly surpassing her and Roswell's ancestor Valois, the founder of Verlaine). She appears to have set off the blood feud by attacking Roswell's villages with golems with no warning. When Roswell retaliates, however, the player is able to see her in a brief moment of vulnerability and realize that she does, in fact, care for her people. As she and Roswell both refuse to compromise, the Royal Army must kill one of them to end their war. If Roswell dies, Rosary joins the Royal Army afterward.

She's voiced by Sato Akemi in the PSP version.

Rosary does not like being given orders, which causes Milanor and Durant some worry if she's recruited. She's considerably less bookish and dignified than Roswell, and is playful and rather arrogant. 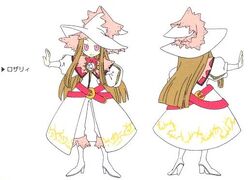 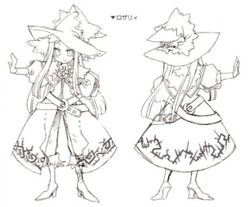 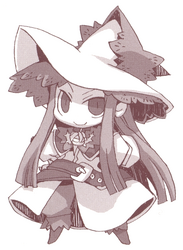 Retrieved from "https://deptheaven.fandom.com/wiki/Rosary_Esmeralda?oldid=27924"
Community content is available under CC-BY-SA unless otherwise noted.