Yggdra Yuril Artwaltz (ユグドラ＝ユリル＝アルトワルツ, Yugudora Yuriru Arutowarutsu?), also known as Yggdra Juril Artwaltz is a recurring character in the Dept. Heaven series. She is the seventeen-year-old princess of Fantasinia, whose life is turned upside down when her country is invaded by Bronquia and her parents killed in battle against its Emperor, Gulcasa. She escapes the castle with her family's treasured sword, the Gran Centurio, and slowly gathers allies from her own country and others to take her kingdom back.

In Knights in the Nightmare, Yggdra replaces Maria as the main protagonist if the player has Yggdra Union PSP system data on their memory stick. In the DS version, this also applies if Yggdra Union is in the console's GBA Port.

This version of the story in Knights in the Nightmare appears to assume the "Broonga Awakened" ending in Yggdra Union had occured as Yggdra told the Wisp she was fighting against an "evil dragon" before she came to the world of KitN.

She leads the Fantasinian Mercanary Team in Gloria Union. She has a similar past to the original Yggdra, but is not the same person. Click here to see this incarnation's page.

She is beloved by her people, and generally comes off to others as a kindhearted girl who can be both naive about the way the world works and a voice of authority. However, she is also revealed to be highly immature and holds a vendetta against Gulcasa for her parents' deaths. Over the course of the war, Yggdra slowly loses her childish idealism and becomes a wise and loving ruler, seeking peace because she understands the true cost of battle and learning that conflicts are never black and white. 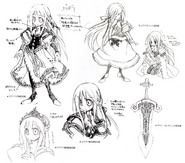 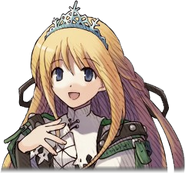 Yggdra's portrait in Knights in the Nightmare 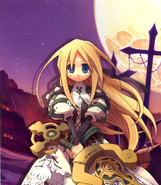 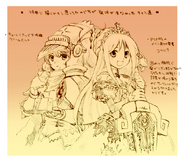 Yggdra and Gudrun
Add a photo to this gallery

Retrieved from "https://deptheaven.fandom.com/wiki/Yggdra_Yuril_Artwaltz?oldid=28080"
Community content is available under CC-BY-SA unless otherwise noted.